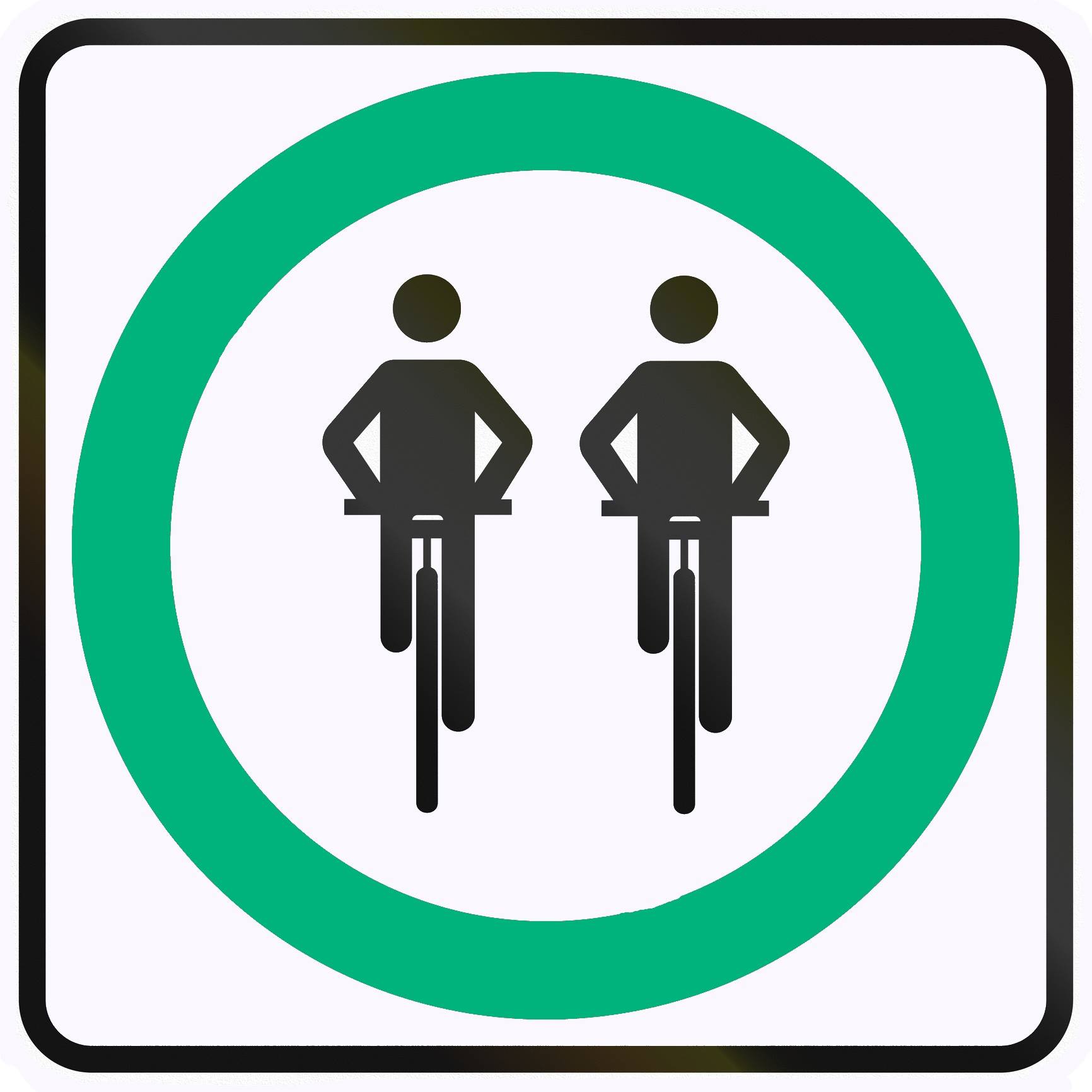 It is legal to ride two abreast on a road

The benefit for cyclists is increased visibility and the length of the obstruction for a driver is shortened when passing large groups.

Rule 66 of the Highway Code says you should never ride more than two abreast, and ride in single file on narrow or busy roads and when riding round bends.

Cyclists should factor in road conditions and on narrow or busy roads and around bends, should go into single file.

Drivers should be aware that cyclists can ride two abreast and is legal to do so. When approaching large groups of cyclists, give them time, space and be observant when overtaking. They may have to move out into the carriageway quickly to avoid a pothole. Give them the space when overtaking that you would a car.

If a group of cyclists are holding up the traffic, they should consider moving into single file, to let the cars pass, this helps to keep the traffic flowing.

Further rules on overtaking found in the Highway Code are:

The above messages are part of the ‪#‎CycleSafe‬ campaign and act as a reminder of the rules of the Highway Code. We are aware there will be some cyclists and drivers who do not act in accordance with the above rules; this campaign is a reminder as the number of cyclists is increased during the summer months.