I thought I’d do a ride report, why not? Darren Winfield (Club Secretary) had volunteered to lead a G1.5 route and I think routes of between 50-60 at about 18mph average miles are the sweet spot for me at the moment, which is pleasing.

I had told myself I would arrive at the meet up for the ride for once earlier than usual, but of course, that didn’t actually happen. Oh well, no hanging around for me! Here’s a couple of photos I took before the ride started. 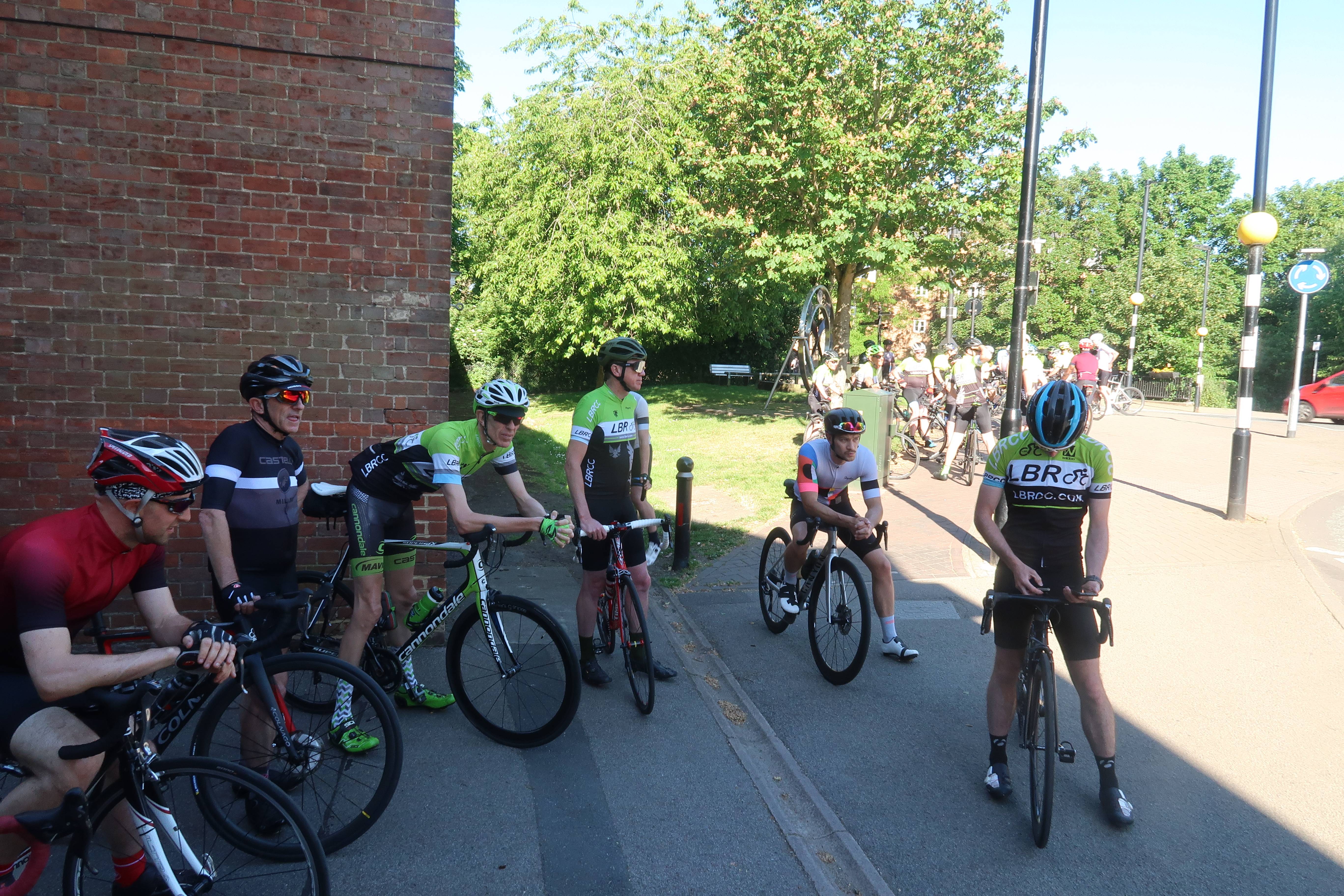 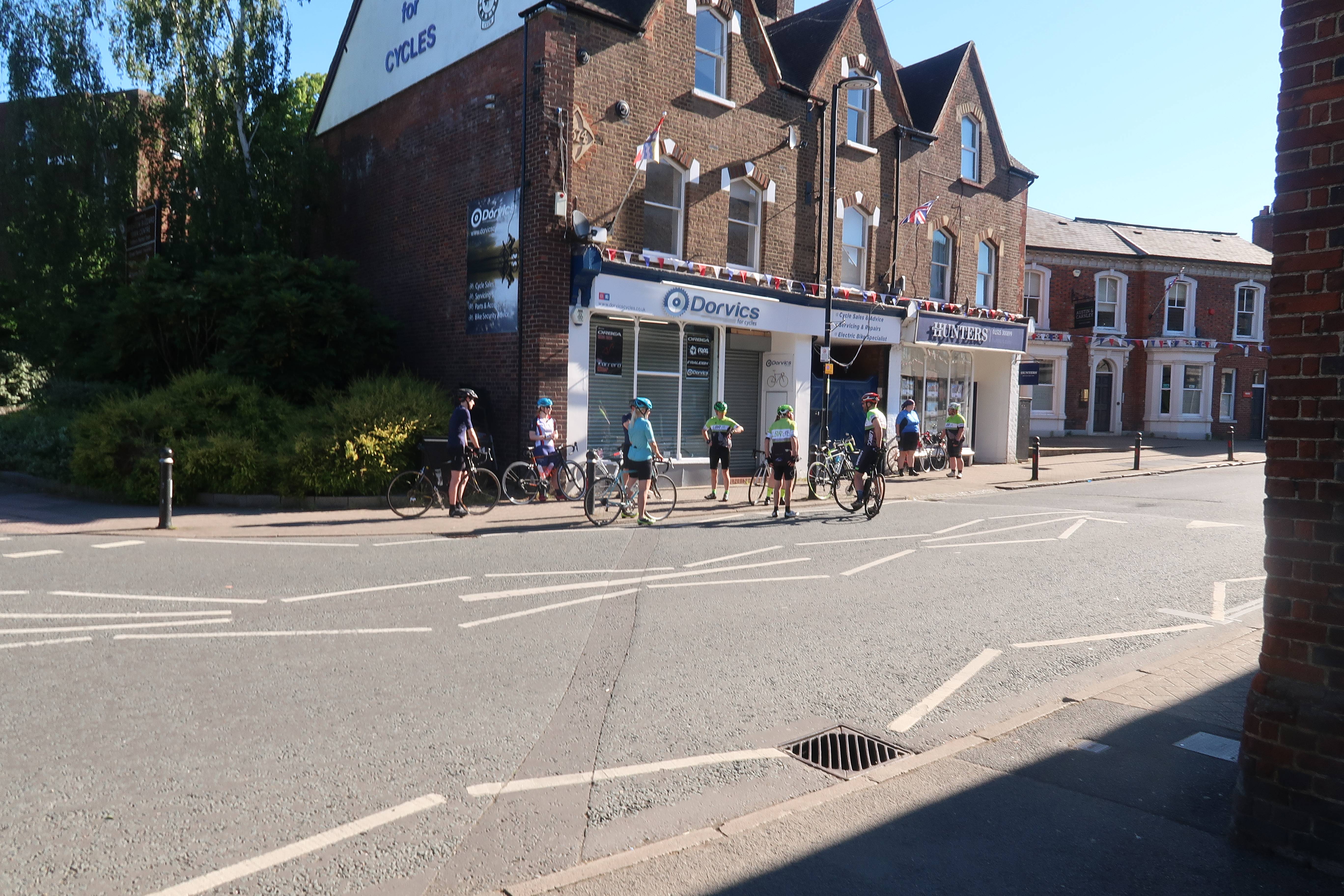 G3 on the left and G4 on the right. Next time we run G4 I’m going to brave a local facebook group to see if we can get more attendees for G4. That’ll be a riot I’m sure!

In the end we had eleven on our ride I think. Occasionally such a large group would cause issues with management, but we were all pretty experienced riders, and communication was good amongst the group. I think when I joined the club I was probably oblivious to what was going on in the group but these days even if I’m not the one leading a ride, a group that keeps stringing out can be a bit stressful! Fortunately this wasn’t the case on this ride – stress free!

What else to say about the ride out to the cafe…it was fine, I don’t recall struggling particularly or anything. I certainly do recall feeling like I hadn’t done any time on the front at all. While I suspect no-one else pays attention to this (especially a group of eleven), I do! Oh, I was also somewhat displeased about my poor bike (with dry lube!) having go to through a ford before we got there. Fortunately the wetness wasn’t quite as detrimental to my chain’s lubrication as I had feared. Admittedly my reaction was a bit over the top but it made everyone else laugh at least!

Once we got to Spokes I was surprised to realise I’d never actually visited, it was a really nice cafe, and according to Google Maps a repair shop too…and I learned after that it had a shower. I could do one one of them half way through every club ride when the sun’s out this time of year! 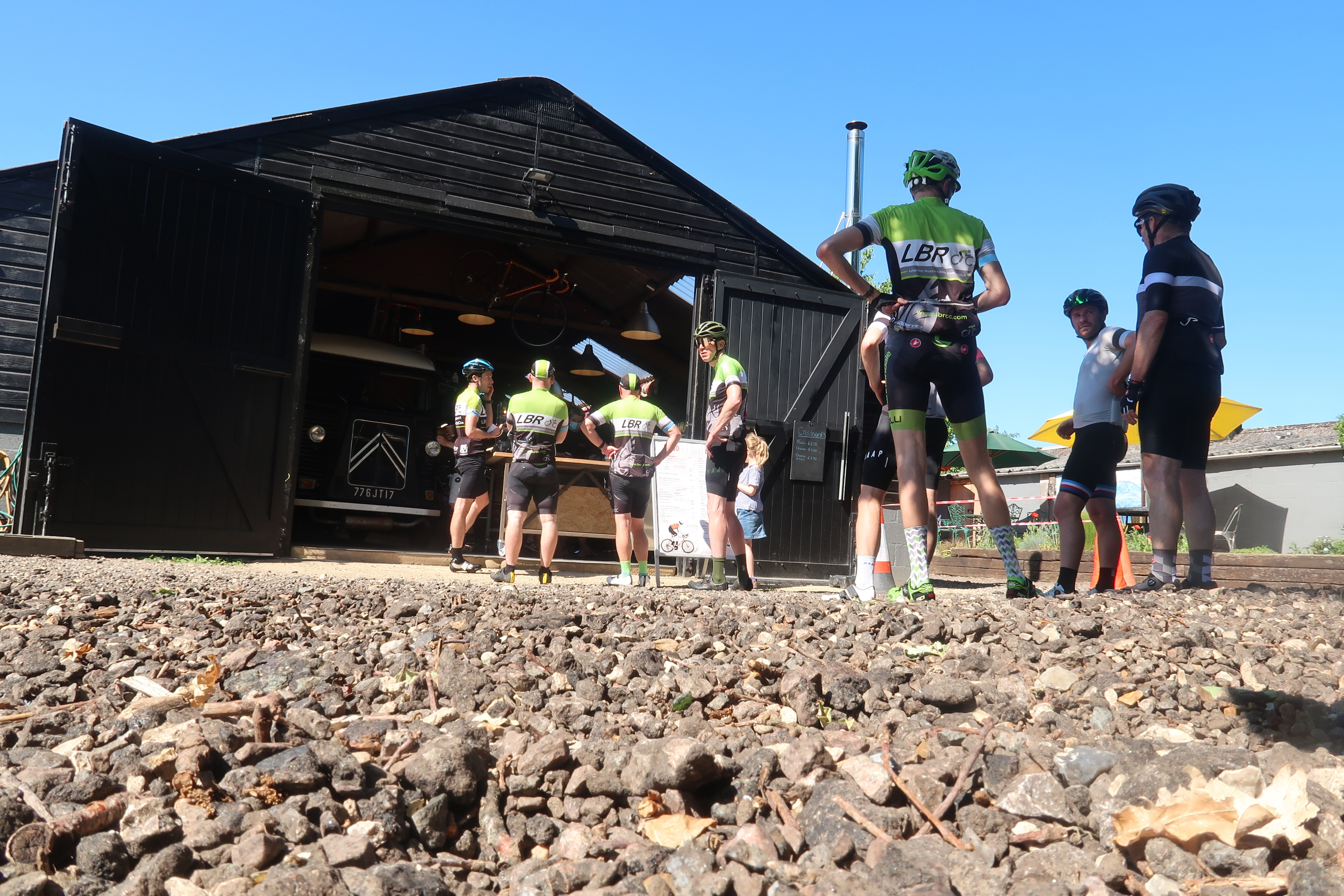 Not as good a photo as I was hoping. Didn’t even get the horizon level! 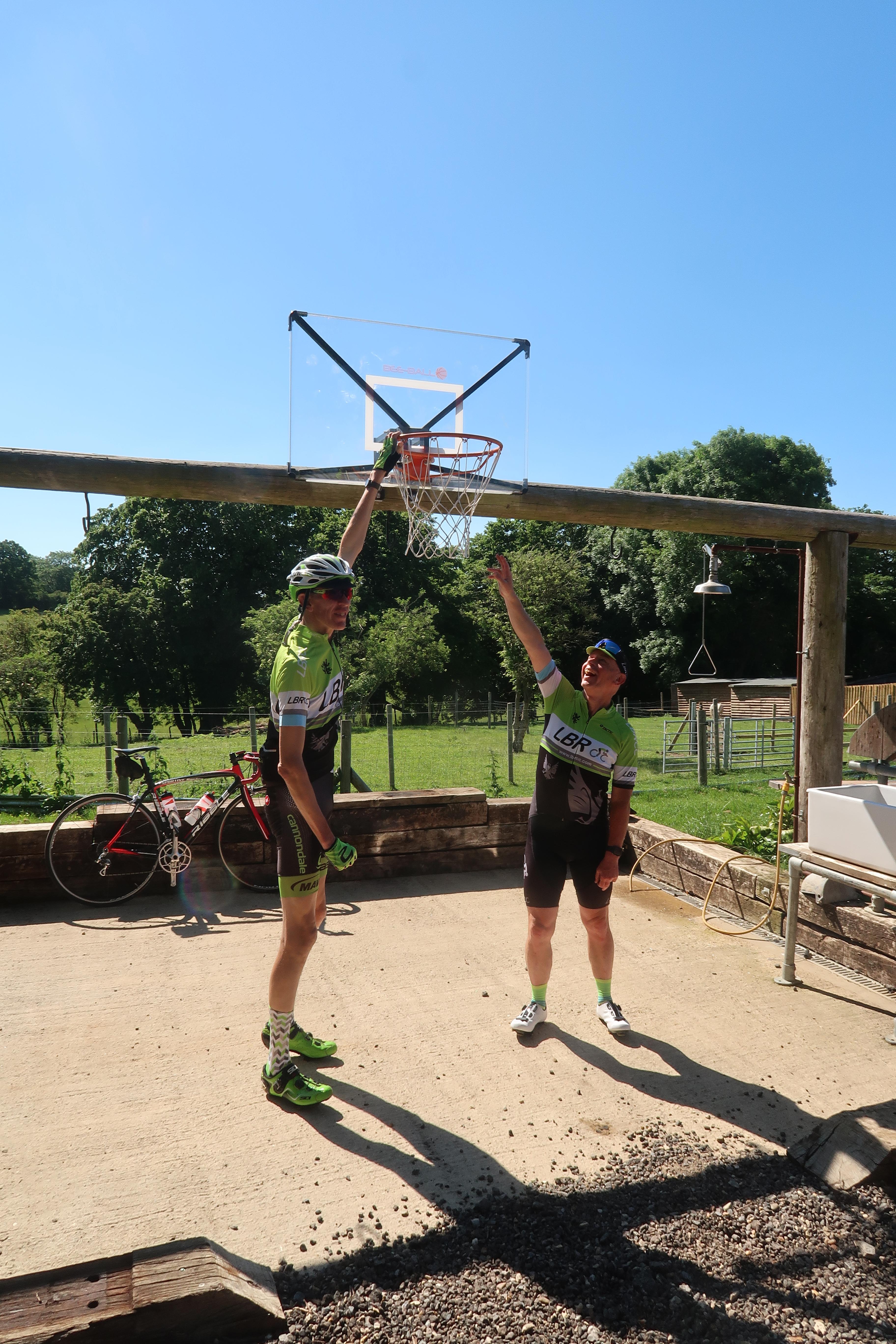 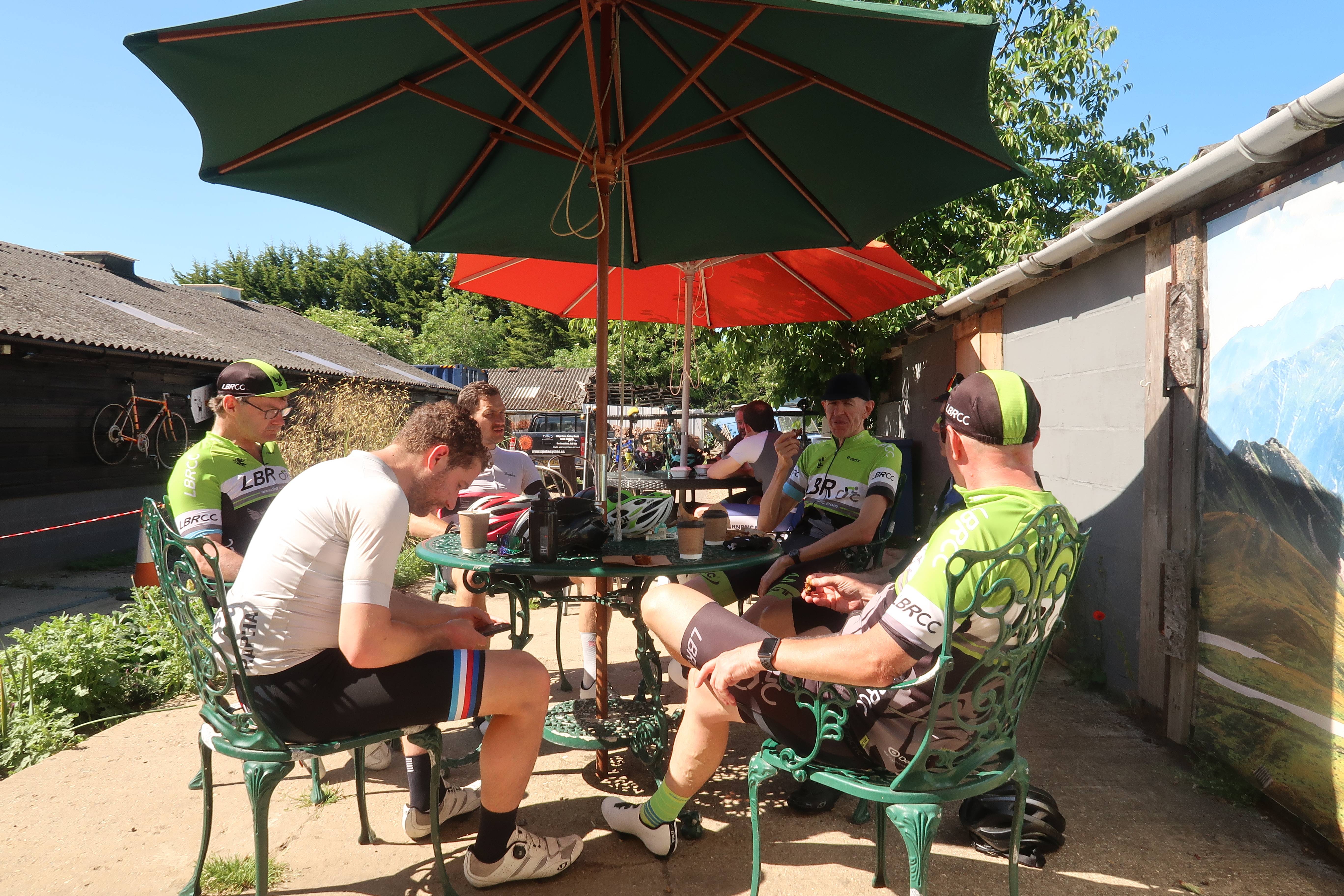 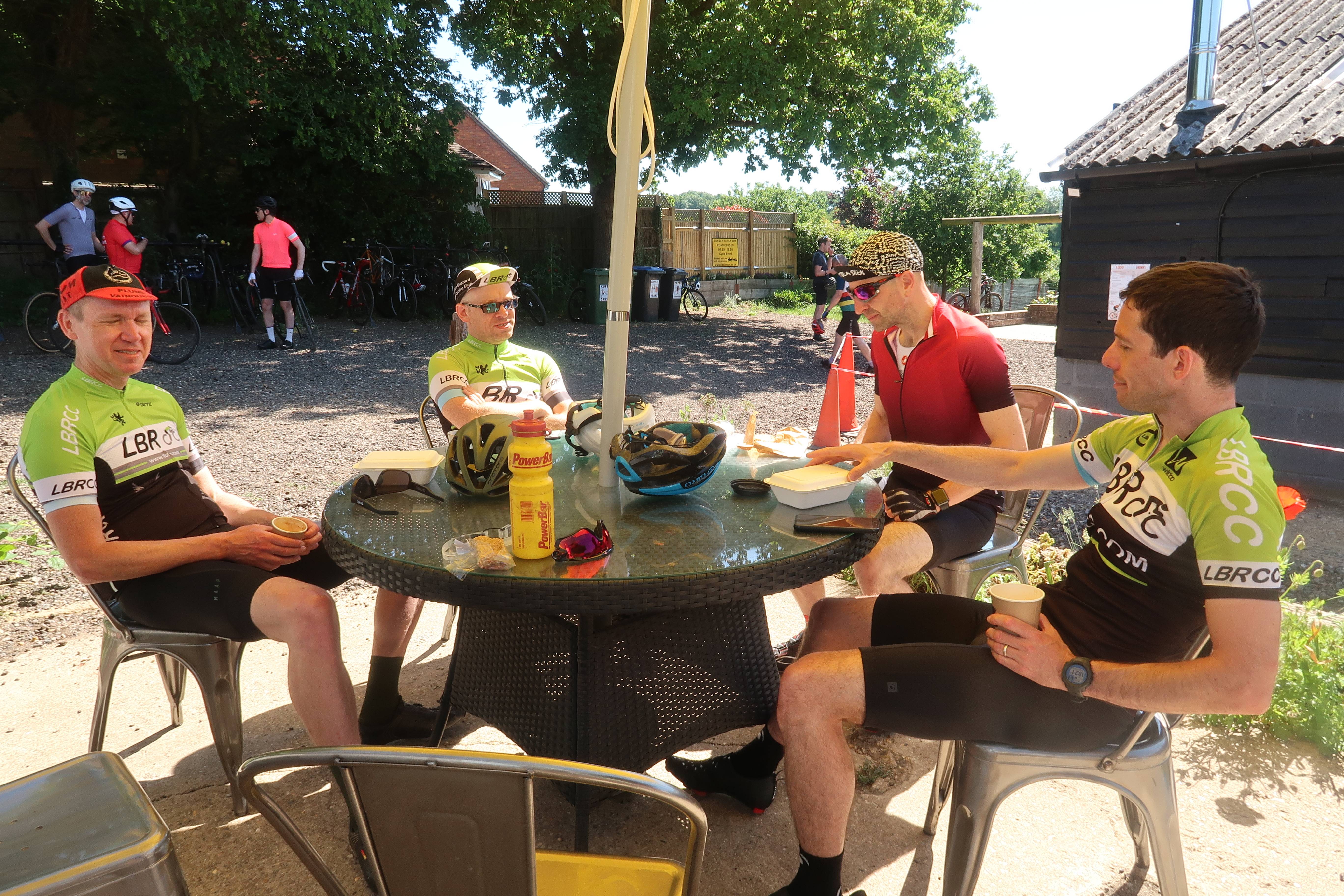 Nice sink and tap. Shame the water was hot – Matt got his water from the cafe itself in the end. 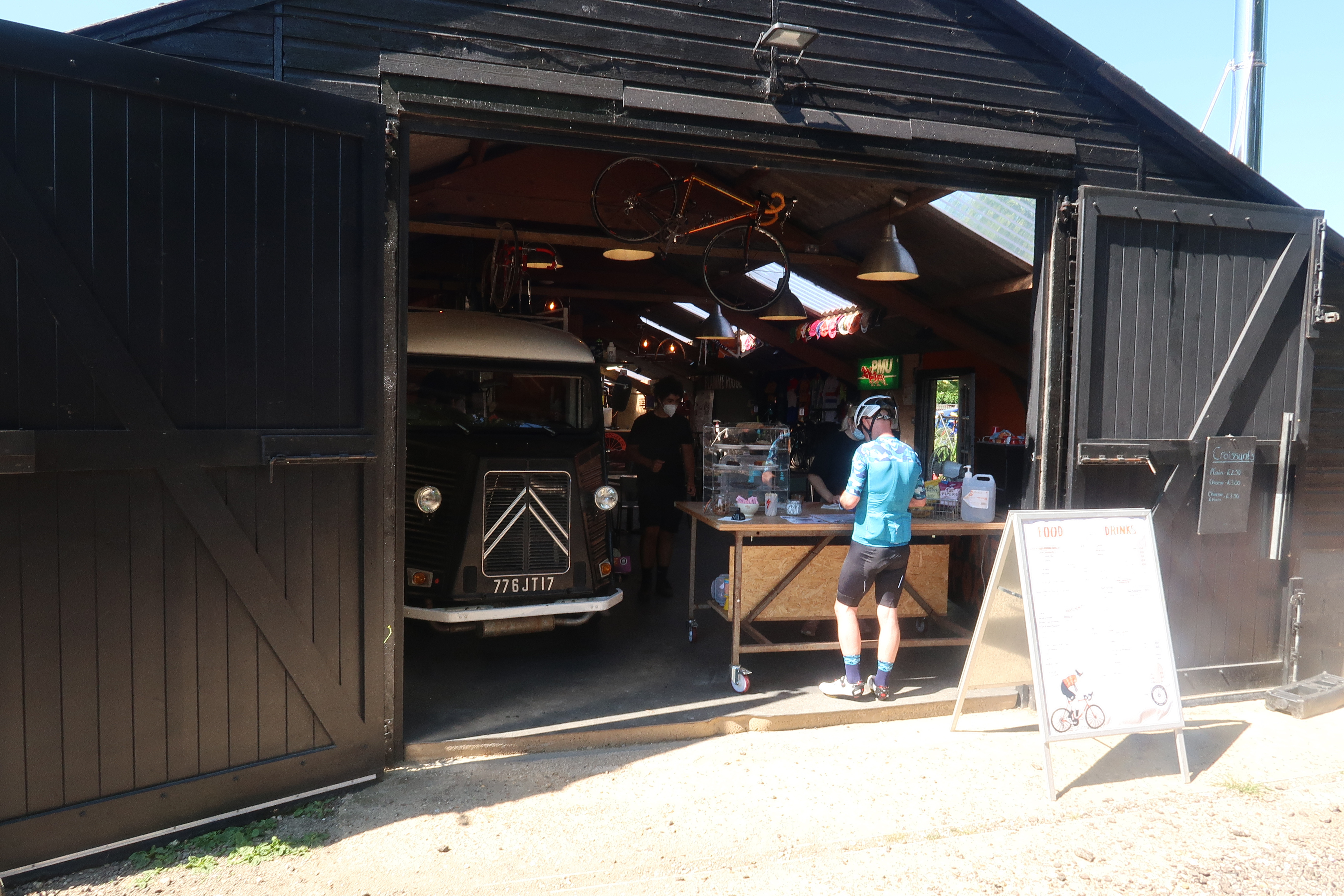 On the way back, I finally managed to do a turn on the front. Of course, as is often the case for me I find it did mean I had to go from the back to the front of the group, with a few comments of “What are you doing?”…well, I’m doing my turn on the front! Also gives me a chance to fish out my camera and take some photos. I hope my jersey-pocket-digging and camera holding didn’t make everyone else too nervous – I have done it before! 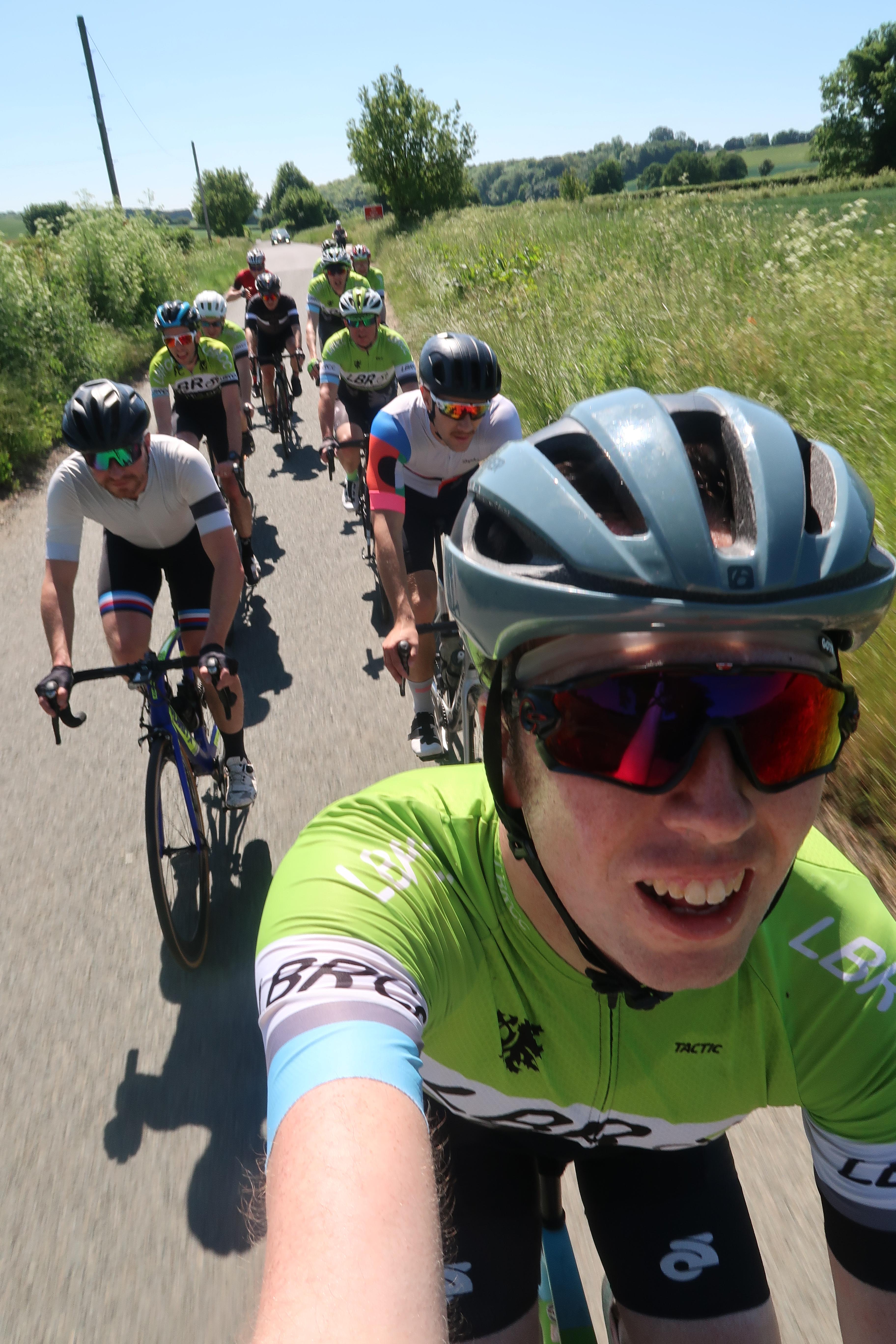 I think this is the best selfie I got. I don’t even hate what I look like in the photo – huzzah!

Then I ended up at the back again, I think it was because we had a bit of a brief mechanical in the midst of a traffic jam. Oh well, gave me a chance to take some photos from the back too. 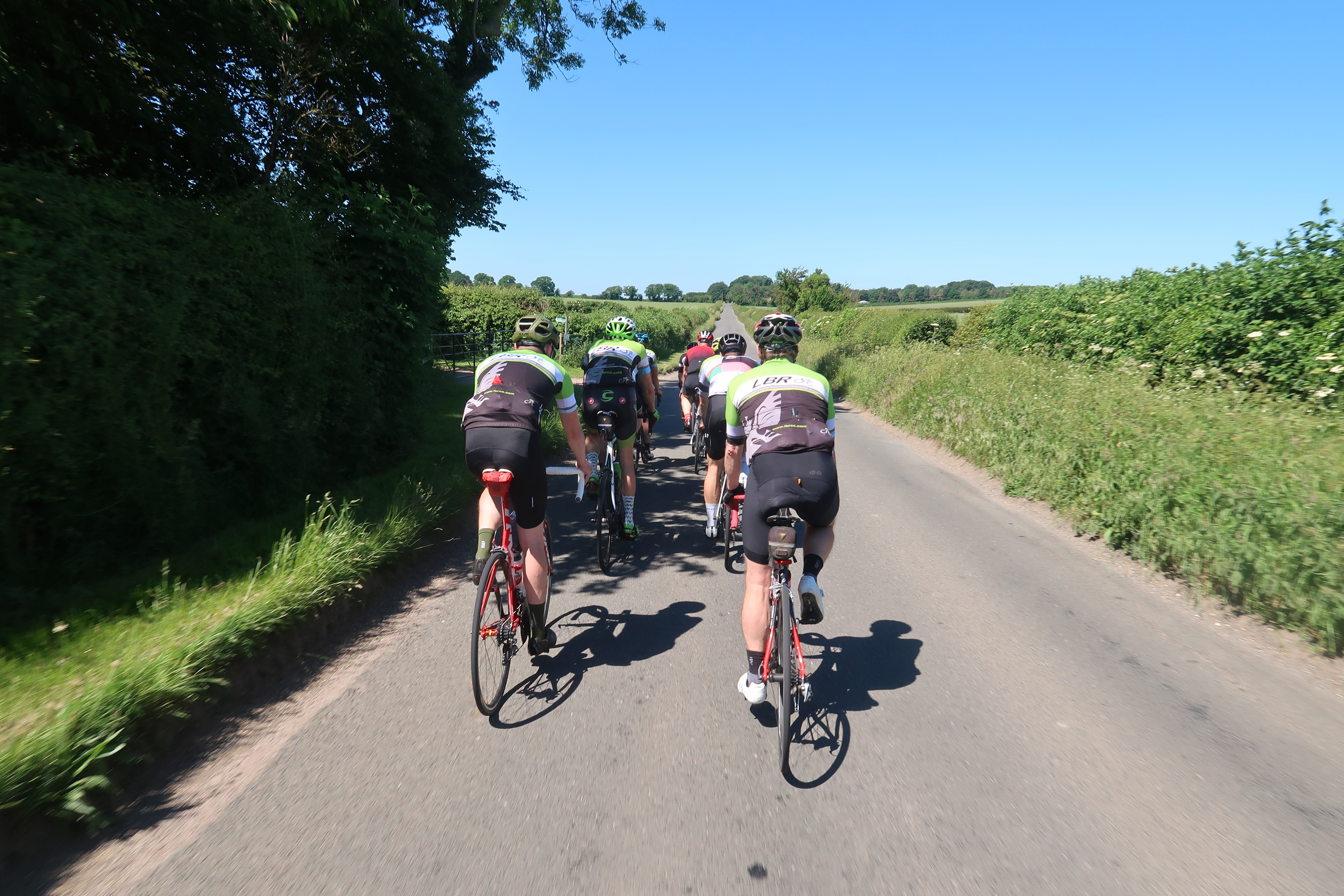 Then someone else turned up and tagged on for a bit, he was nice to chat to. 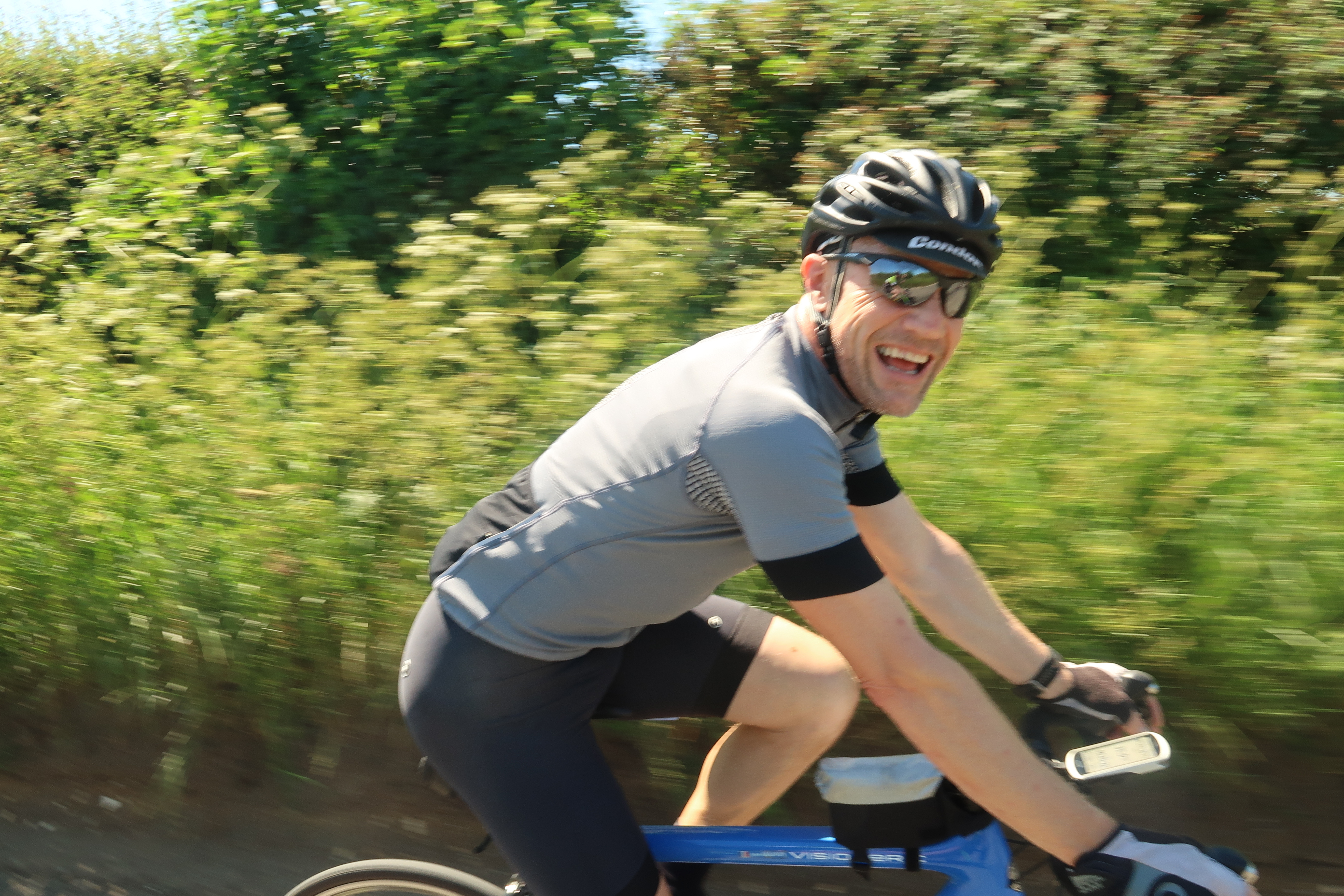 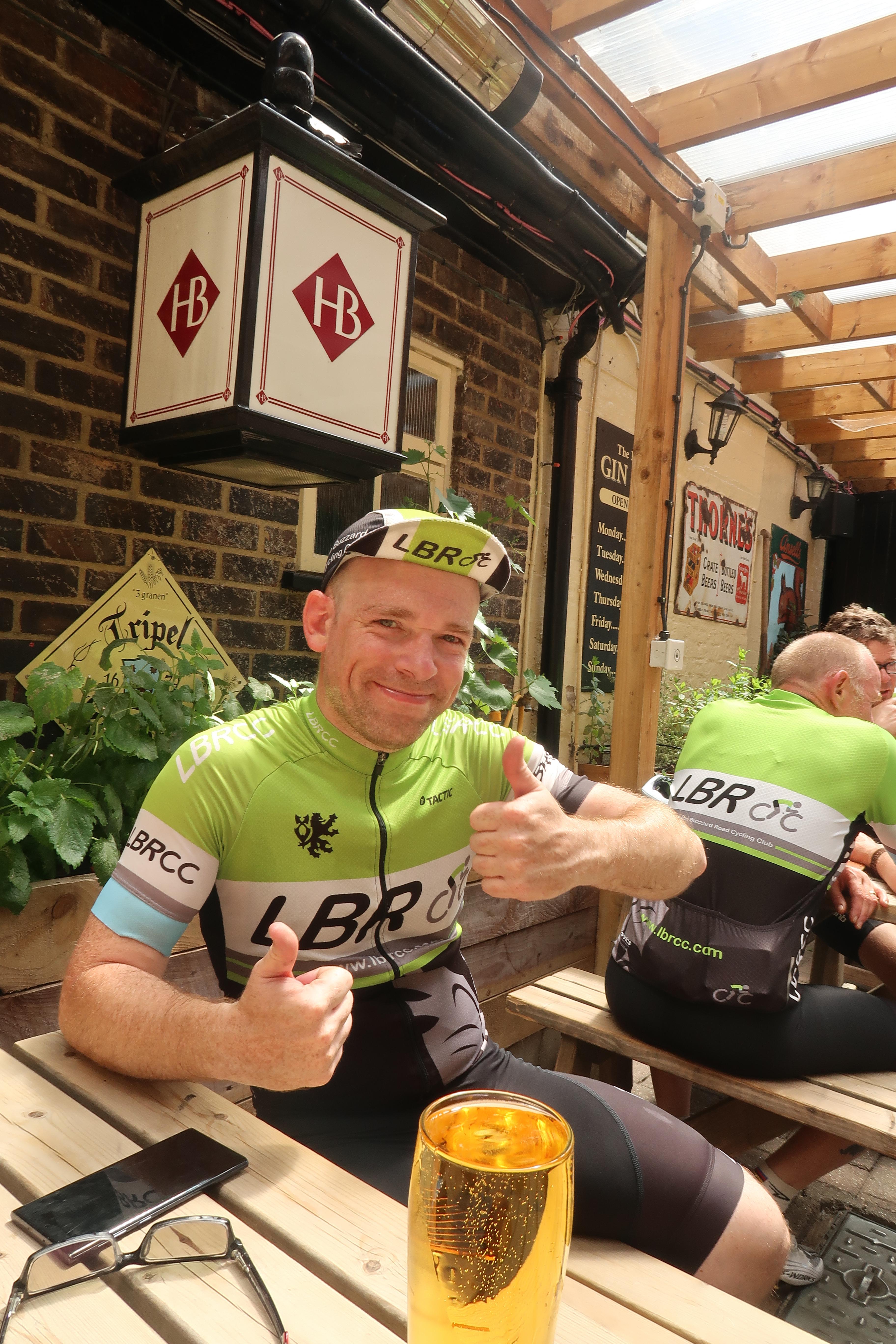 Matt was eagerly awaiting his beer! I just had a water – fortunately my taste in food isn’t quite as bland as my drink preferences. 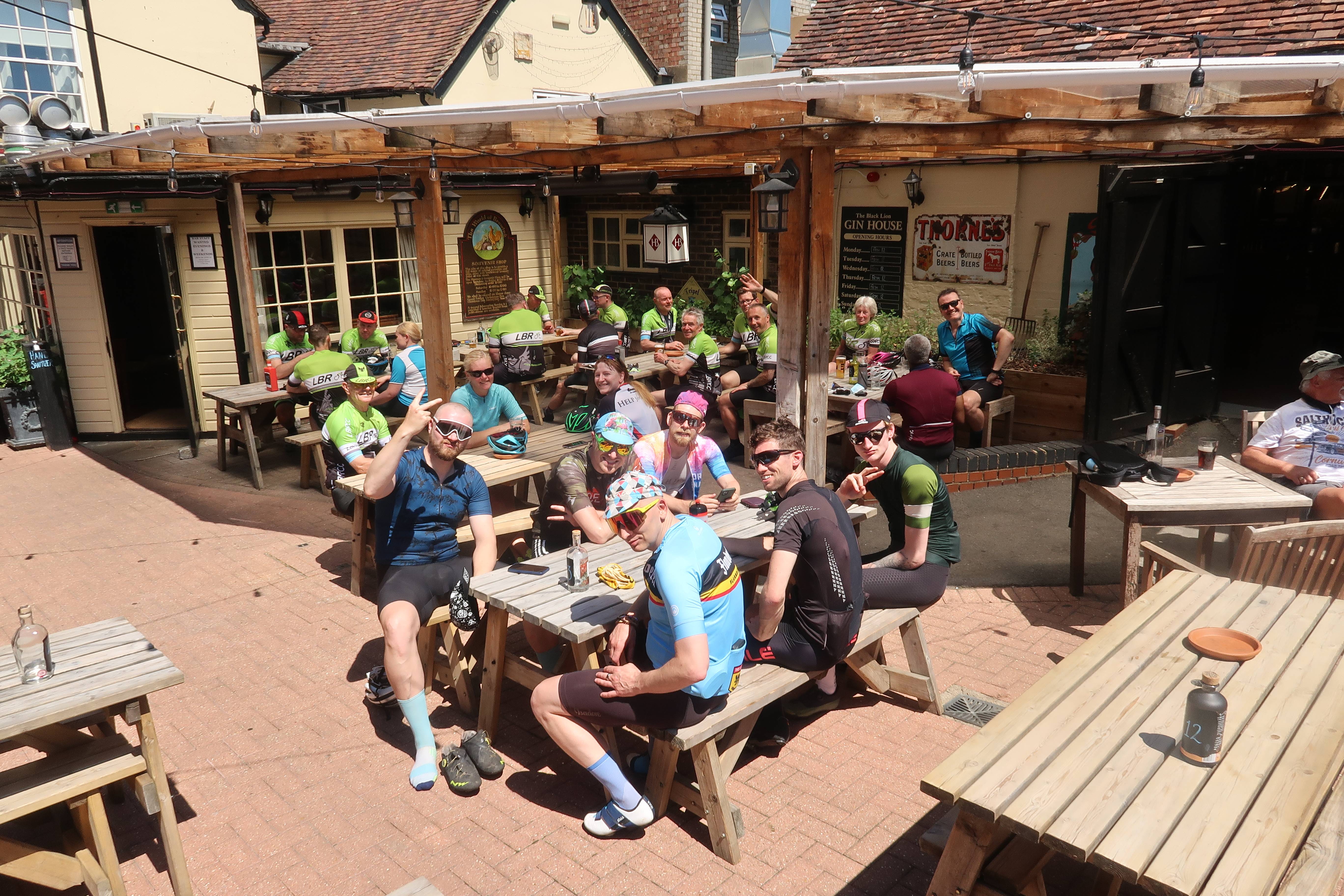 …and finally, a photo of all the group rides back at the pub, with a few new faces too. Here’s a link to the route if you’d like to try it yourself.

P.S – Yes, the website needs updating with mention of G1.5.
P.P.S – If it was not for the above pub photo as evidence, I’d possibly be afraid Darren had got lost on the ride back